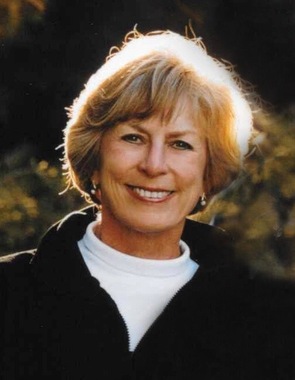 Edice (DC) Beverly (Blue) Harkey, age 84, passed away peacefully at the Huger Mercy Living Center, a memory care community in Phoenix, on December 16, 2019. DC was born on March 20, 1935 in Hot Springs, South Dakota to Edison and Janice (Adams) Blue and was the oldest of 3 sisters. When DC was six, she moved to Spearfish, SD with her parents and younger sister, Mary Jo. In 1947, DC's youngest sister Bonnie, was born.

DC's generous nature was evident as early as elementary school where she brought her friends in for a free ice cream sundae at the family's beloved "Blue Drug" soda fountain - not once but every day. Of course she became a very popular student! It didn't take long for her parents to put a stop to the free ice cream, but all the friends remained.

Not only a great friend to all but a stellar student, DC graduated from Spearfish High School in 1953. In high school, she played the saxophone in the marching band, and participated in many school activities but she most loved working on the high school newspaper and yearbook. She spent after school hours working in her family's "Blue Drug" store in downtown Spearfish and taking piano lessons. During this time she also discovered her "love of the outdoors during PE class and learning to play tennis."

With her high school diploma in hand and a love of learning, DC continued her education at the University of South Dakota in Vermillion where she studied Business Education and was a member of Mortar Board and Kappa Alpha Theta sorority. She graduated from USD in May 1957 and was married shortly after to Marston Holben, also from Spearfish, SD on August 9, 1957.

The following years were filled with joy at the birth of her three children, Shauna, Beth and Keith, and sorrow at the loss of her father, Edison, to brain cancer in 1964. The young family lived in Huron, South Dakota until 1968 when they moved to Scottsdale, Arizona where DC and Marston divorced shortly thereafter.

A lifelong learner, DC earned her master's degree in counseling from Arizona State University working as a teacher during the day and attending classes in the evenings while raising three children as a single mother. After graduate school, DC worked as a school counselor and then became interested in special education, teaching Autistic children.

Her entrepreneurial spirit, creativity and love of learning led her to develop several educational programs, including a Spanish video series which was published and used in elementary schools. DC was always interested in new opportunities to learn and work in education and in other fields like stock brokerage and sales. DC had the unique opportunity to travel to many of Arizona's 20 Indian reservations as an employee of AGS, selling educational materials and assessments.

DC brought her love of the outdoors with her to the Arizona desert where she enjoyed tennis, gardening, swimming and in particular, hiking. DC hiked the Grand Canyon several times and even when the rest of her hiking party rode donkeys back out the steep canyon, DC with her "can do" attitude, opted to keep walking instead.

Her positive attitude was one of her most defining characteristics. Even when faced with challenging times, DC remained optimistic about life and often told her children to "think positive" and "if at first you don't succeed - try again." Always interested in others, her cheerful and happy personality, won her many loyal friends. DC loved to entertain at home and was always finding an occasion to invite friends over for a party or a game of cards. She loved to socialize and thus became a member of "Who's Who" in Phoenix, a singles group, where she met her future husband, Bob Harkey.

A Christian, who was actively involved at Holy Trinity Lutheran church in Chandler, AZ, DC organized a support group for those dealing with mental illness and one for divorcees as well as assisting with confirmation classes for middle school students. DC was a compassionate woman with a spirit of generosity. She was always a help to others in need, oftentimes caring for a sick friend or neighbor. She volunteered as a member of the Assistance League of Phoenix. She enjoyed being a part of Operation School Bell that provided clothing to school children in need.

Never one to sit idle, after retiring, DC became an accomplished golfer, learned to watercolor paint and became an aspiring writer with an interest in children's books. She loved to travel and explore new places and was an avid reader. She loved nature and had a fascination with animals. She treasured her four-legged companion, Luck, a black Cairn Terrier, and loved taking him for walks in the neighborhoods of her two homes in Sun Lakes and Munds Park, AZ.

As the years progressed, DC was diagnosed with Alzheimer's disease at the age of 75 and continued to do the things she loved, reading and cooking as long as she was able. Her courage and positivity was never more evident as she attempted to help with finding a cure for Alzheimer's, by participating in several long and intensive clinical trials with the Banner Institute in Phoenix. DC lived her final three years at the Huger Mercy Living Center, where she spent most of her time outdoors walking on the shady tree-lined paths that covered the grounds.

DC is preceded in death by her parents, Edison and Janice Blue (1986, also from Alzheimer's) and her grandson, Hunter Holben. She is survived by her three children, Shauna (Mike) Nash, Beth (Doug) Carlson, Keith Holben, her two sisters, Mary Jo Blue (Dick Walker, significant other) and Bonnie Carr (Dale Schaffer), Robert Harkey, and five grandchildren, Caleece, Darian, Dana, Thomas and Lucas, all of whom will miss her cheerful smile, positive attitude and loving nature.

A celebration of DC's life will be held by her immediate family this summer in the Black Hills of South Dakota, her home state. Reflecting late in life, DC wrote "If you asked me what I've learned that has been the most important knowledge for me and my endeavors, I would answer "the power of positive thinking." Well done, DC. We love you.
Published on January 6, 2020
To plant a tree in memory of Edice Beverly Harkey, please visit Tribute Store.

Plant a tree in memory
of Edice

A place to share condolences and memories.
The guestbook expires on April 05, 2020.