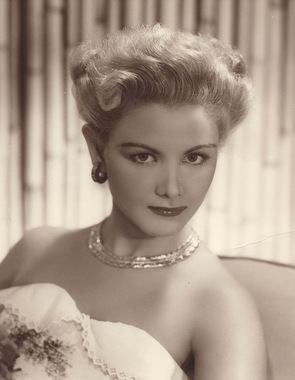 Back to Joyce's story

Joyce L. Meyers, 91, of Chandler, Arizona, passed unexpectedly on December 4, 2019, as she had lived: gracefully and in good cheer after a social afternoon with her friends.

The adored daughter of Max and Anita Dresdner and sister of Jerry, she grew up in Chicago in the summer and California in the winter. She met Spencer Meyers, the love of her life, and married in 1951. She had a story book marriage which produced four children and a golf addiction at Tam O'Shanter Country Club in Niles, Illinois.

Widowed in her 30s, she devoted herself to her children and friends. Moving to Arizona in 1969, she spent her retirement years with her beloved dogs in her beloved Ahwatukee Foothills home until she moved last year into The Enclave at Chandler with her Shih Tzu, Mr. Tibbs.

Besides Mr. Tibbs, she is survived by her four children and their spouses: Howard and Joan Meyers of Phoenix; Tim and Leslie Keating of Phoenix; Phillip and Barbara Meyers of Paradise Valley; and Donna and Jose Valdés of the Ahwatukee Foothills. Joyce is also survived by seven grandchildren and eleven great grandchildren. Always positive and optimistic, she left a big footprint in many hearts.

Reception for family and friends will immediately follow at the University Club of Phoenix, 39 E Monte Vista Rd, Phoenix, AZ 85004.

In lieu of flowers, please consider donating to the Arizona Humane Society, an organization that Joyce loved... https://www.azhumane.org/.
Published on December 10, 2019
To plant a tree in memory of Joyce Meyers, please visit Tribute Store.

Plant a tree in memory
of Joyce

A place to share condolences and memories.
The guestbook expires on March 09, 2020.

Carol & Chuck Brady
I will surely miss our friendship. Had many enjoyable times, golf, cards, & eating for many years. She’s was a dear loveable person
View all