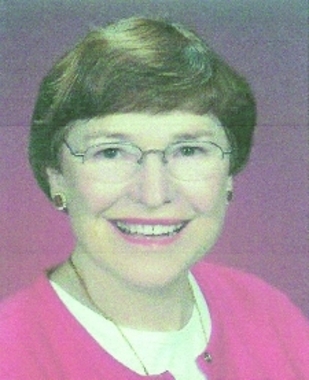 Back to Muriel's story

Muriel Knox Fry October 11, 1935 - November 14, 2019 Lafayette, CA Muriel (Mickey) Knox Fry, beloved wife, mother, grandmother, sister, and friend, died peacefully at home on November 14, 2019. Muriel lived a full and blessed life for 84 years. Muriel was born to Orval and Leota Knox and grew up with her two siblings on the family farm in Chandler, Arizona where she attended school and was elected the first woman Student Body President of Chandler High School. She attended college at Arizona State College (now Arizona State University) then transferred to the University of California Santa Barbara where she earned her Bachelor of Arts Degree in Home Economics. During her first two years of teaching in San Jose, she attended a church retreat where she met Roger Fry who was to later become her husband. The young couple made their first home in Vacaville, CA where Roger was a civil engineer and Muriel continued her love of teaching young people. With the arrival of their first son, Craig, they moved to Lafayette where they raised him and their second son, Keith, and became active, dedicated members of their church, the community, and numerous charitable groups and activities. Muriel described her own life's "calling" as a homemaker, mother, volunteer, and a guiding influence for young people. Throughout her life, she was active with church, 4-H, PTA, public schools, and various other organizations at home or when living or traveling abroad. High on her list of priorities were girls and women's education (American Association of University Women - AAUW scholarships) and the plight of women around the world. Among other accolades, family and friends describe her as kind, loving, caring, inspirational, and generous. All who knew her agree that she connected with people of all ages, origins, backgrounds and faiths everywhere she went - in the neighborhood, at church, and while traveling. Further, she connected people with other people. When she saw one person with a need that another person she knew could fulfill, she connected them. Muriel was an organizer and leader wherever she saw the need. She loved to plan events such as school and family reunions, conventions, and to help family and friends with wedding plans and birthday parties. Most recently, she enjoyed planning her 60th wedding anniversary party for Roger and herself this past July. Muriel loved flowers, gardening, travel, history, and learning new things every day. She was generous with her talents, time, and her heart. She cherished her own children, grandchildren, nieces and nephews, and the many other children and young families who came into her life. We all were blessed by her loving mentoring. Muriel loved and was well loved by the hundreds of lives around the world that she touched during her lifetime. She was an example to all who knew her by the way she lived her life. Above all else, she was a woman of great faith who strongly believed that there were many paths to finding God. Muriel is survived by her husband Roger Fry, her sons Craig (Rondi) and Keith Fry, her grandchildren Cameron and Gillian Fry, her siblings Norman Knox and Barbara Knox Butcher (Max), numerous Fry, Knox, and Neely nieces, nephews, and cousins in California, Arizona, across the US, Canada, and Scotland. She is also survived by a myriad of close friends that she considered "family." A memorial service is planned for January 11, 2020 at 11:00 a.m. at the Lafayette-Orinda Presbyterian Church (LOPC) 49 Knox Dr., Lafayette, CA 94549. In lieu of flowers, please consider a donation to the LOPC Children and Youth Ministry, the LOPC Congo Team or the AAUW Special Project Fund-Tech Trek Camps, P.O. Box 160067, Sacramento, CA 95816-0067.
Published on January 5, 2020
To plant a tree in memory of Muriel Knox Fry, please visit Tribute Store.

Plant a tree in memory
of Muriel

A place to share condolences and memories.
The guestbook expires on April 04, 2020.